Official Letter of Understanding Re: THE HART OF OUR CLUB 1908 MOVEMENT. 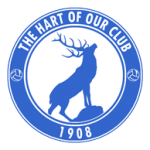 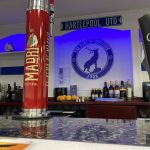 The Steering Group at HOOC1908 would like to align some slight misinterpretation of what this Movement Is, Represents and its Sole Purpose. For far too long we have never had a base or meeting place for all Fans to be together as one, before and after Home Games to create a togetherness and force that the Fans and Club can be proud of. After close consultation with the club, our Vision of how we were to achieve this initiative was agreed and communicated by the Club and made ‘official’ back in April. This was Key and integral to what you the Fans who turned up as always to support us in fantastic numbers wants and witnessed at CLUB1908’s EFL opener v Crawley Town F.C. & Crewe Alexandra F.C. in the midweek Cup Tie.

The Steering Group would like to officially go on record to state and make known their Gratitude and Heartfelt thanks to the club for approving and engaging positively during all negotiations with the HOOC1908 Representation Trustees. The Club has provided the HOOC1908 Movement the base for us to operate from on matchdays to make the matchday experience one for all Hartlepool United FC Supporters to engage in, be part of and be proud of.

CLUB1908 The Building, Staffing and Refreshments, has been provided solely by the Club and will remain so. The complete renovation of CLUB1908 after standing virtually un-used for a considerable amount of time has been Funded solely by the HOOC1908 Members Fund via Monthly Contributions via Direct Debit & Standing Orders, One off Donations other fund-raising initiatives via local Businesses from Hartlepool and the surrounding Area as well as UK wide pledges from HUFC Fans. 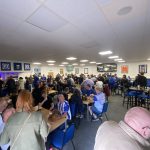 HOOC1908 is a Community Interest Non-Profit Making Company Independent of the Club though formed to work alongside the club on any selected jointly agreed current & future Projects & Initiatives for you the Fans to enjoy on matchdays going forward.

Now we are officially up and running we are reaching out to you the Supporters, Townsfolk and Businesses of the Town to become involved in this MOVEMENT by way of a monthly donation into the Fund to secure and enable future Projects to become a reality solely ran by FANS…. for the Fans! as well as enjoy the Membership benefits that go with your on-going commitment.

HOOC1908 operate Solely on Donations via afore mentioned funding resources please head across to our website www.thehartofourclub1908.co.uk for further information on how you can become a Member & get involved and be part of this MOVEMENT

To set up a standing order, the account details are:

The Hart of Our Club 1908, Community Interest Company,