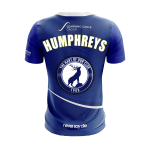 We are delighted to announce that Ritchie Humphreys has agreed to be an ambassador for The Hart Of Our Club 1908 alongside the recently announced committee members.

Ritchie was keen to help as soon as he was approached, the only stumbling block was how much time he could commit whilst balancing his work and personal commitments.

He genuinely wants to put something back into the Town and the Club. He sees The Hart Of Our Club 1908 as an ideal model to allow him to work towards giving something back.

Ritchie needs no introduction amongst Hartlepool United Fans, he joined the club in the 2001/2002 season, leaving 12 years later!

During his time with the club Ritchie broke many records, amongst them, most appearances for the club, 543.

Ritchie scored that unbelievable late goal against Accrington to kick start us onto a 23-game unbeaten run that culminated in us finishing runners up and winning promotion.

He was also voted onto the league two PFA team of the year.

Ritchie is one of the few players ever to be rewarded with a Testimonial game by the club, and that game was versus Sunderland in 2011.

He has also had a street named after him in the Town and was also honoured by the Queen for his significant contribution to local and national Life.

Ritchie Humphreys is a True Hartlepool United Legend, and it is a great honour and a massive boost to The Hart Of Our Club 1908, the Football Club, and to the fans and the Community to welcome him on board. 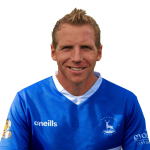 “I am truly honoured The Hart Of Our Club 1908 have asked me to get involved to help out the football club. Becoming the clubs all time appearance record holder with 543 is an honour that I will forever cherish, walking out onto the pitch with my daughter in my arms my family and friends in the stands and Victoria park chanting my name prior to my testimonial match was incredible and I will always be so grateful to all the Poolies. During my time at the club myself and my family were welcomed so kindly by all the Hartlepool fans. Hartlepool United will always be part of all our lives so I am proud to be a small part of The Hart Of Our Club 1908.”