The Trustees main roles and responsibilities are to represent the main interests of its group members. Providing overall governance, whilst ensuring the integrity of the business. The Trustees will promote core values and provide an oversight of all the key activities of The Hart Of Our Club 1908 Community Interest Company.
The Trustees will meet formally at least every two months to provide reports, document progress against the strategic objectives and goals (including assessing any applications for funding). The Trustees will also review & prioritise any ongoing new ideas & opportunities raised by the football club and its own members.
The Trustees will also have a direct communication link into the Football Club. 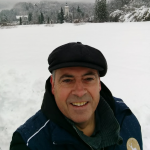 John has been a supporter of Hartlepool United for as long as he can remember, first attending back in the 60’s and a true Poolie ‘die hard’ through the good and bad times.
John has always looked to offer and provide support to the club, his earliest contribution (along with friends) being a ‘bring and buy sale’ from a wall in Stratford Road back in 1972. As a reward for the money raised and donated to the club, they were invited down to the ground to ‘train’ with Len Ashurst under the floodlights no less!
How important that a simple act of recognition by the club all those years ago has probably resulted in all those kids involved in some simple fund raising still being active supporters of the Club.
In Johns’ professional career he has worked for over 30 years in Oil Field Chemicals manufacturing, covering logistics, sourcing, and procurement, during which time he was also able to provide substantial sponsorship to the club for a number of years.
He is currently employed as a Business Manager with a German Chemical distribution Company and has his main office located in London. 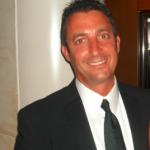 Marty similar to John, has been a supporter of Hartlepool United all of his life, a ‘born and bred’ monkey hanger first going to the games in the 70’s. Marty also had a successful football career including the fortune (and honour) of playing for his home town club as a part- time professional. He represented the club at all levels; intermediate youth, reserves and finally a small number of first team games under then manager John Bird. At 20 years of age, he was released from Hartlepool and went to play in Perth, Australia but unfortunately suffered a severe tackle multifracture injury resulting him been side-lined for 12 months. He returned home and went on to play locally both in the Northern League and Hartlepool Sunday leagues for several successful clubs until retiring aged 36.

Marty is a Portfolio / Senior Project Director (BSc Hons with 1st Class Degree) with over 35 years’ experience in Portfolio / Project Management, Engineering Design, Turnaround Management & Construction in the Oil & Gas and Petrochemical Industry Sectors. He started his career at Expanded Metal completing an apprenticeship programme and then moved into numerous roles across his career whilst also completing additional education qualifications. He is currently employed by Worley (an International Energy, Chemicals & Resource Company) as their Global Portfolio Management Senior Director overseeing and driving continuous improvement initiatives across all the global regions for portfolio project delivery contract services.

Mike was born in Hartlepool in 1971 and attended his first Hartlepool United game in the late 70’s. He became an avid Pools fan from the outset and despite living in Edinburgh follows them both home and away when he can. Mike also qualified as a football referee in Hartlepool in 1987 and remembers fondly refereeing at The Vic in his formative years. Between 2003 and 2013 Mike was a Category 1 referee in Scotland refereeing over 60 Scottish Premier League games during that time. Mike still has a lot of family and friends in the town most of whom are massive Pools fans.

Mike moved to Edinburgh in 1990 to study Economics at Heriot-Watt University. After graduating in 1994 he joined Standard Life as a graduate trainee and some almost 27 years later he is the Global Chief Operating Officer at Standard Life Aberdeen. His career has largely been spent in Operations, Change Management and Technology.

Mike is married to Anne and has two children, Ethan and Levi. You’ll be glad to know that Ethan has become a massive Pools fan just like his dad but his daughter Levi doesn’t care much for football!