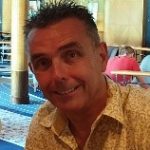 Hartlepool United runs through the blood of Terry’s family as it was at ‘the Vic’ where his mam and dad did their courting in the 1950’s before they were married!  Getting dragged along to Pools was a family affair where, along with his two older brothers, he would attend all home games and quite a few away games.

Terry’s mam and dad were away trip regulars and long-time season ticket holders, so it was no surprise when Terry volunteered his services to Mr Hornsey when he took over as Chairman.  Terry worked behind the scenes for some 23 yrs, the majority spent in the hospitality side taking photographs and looking after mascots and their families before standing down.  He admits that getting back on the terraces was and still is a great feeling, although he still has not found a settled spot!

Terry spent ten years working for the sector skills council for construction prior to joining Kier group as corporate responsibility manager for 6 yrs.  He now works for Robertson Group as their Social value lead for the England businesses.

“Although I can’t get to every game, the club is in my DNA and I, like many others want to help in some way. This is something I’m proud to be part of and think it’s an excellent, sustainable way of supporting the club and the community.”

Rachael started going to pools at a young age from time to time with different members of her family who are all Hartlepool fans. It wasn’t her first game but the earliest game she can remember was a cup game in 1995 against Arsenal, she was 8 years old and it was her Mam and Dad’s wedding anniversary and her Dad took her to pools! Tony Adams got plenty of stick that game.

Rachael started going regular around 2000-2001, falling in love with the club and football, getting her first season ticket in the 2002-2003 promotion season. My first away game was a 4-0 defeat v Scunthorpe, ironically, we got promoted that day.

Being a Hartlepool fan has had many ups but also many downs, playing Sheff Wed in the playoff final being so close to Championship Football, beating Darlington in their white elephant stadium, a lot of memorable last away games in fancy dress, including flying down to Plymouth to get beat 5-0. Getting relegated out of the football league was one of the worst days of her life.

A lot of people know of Rachael but may not have met her yet in person. In 2018 she started a just giving page after hearing the news the club needed to raise £200,000 or risk going bust. She didn’t really put much thought into doing it, and never expected it to have the impact it did, raising £85,000 and notably paying a tax bill of £48,000. Rachael is a true Hartlepool legend. 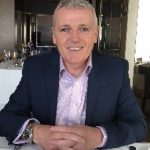 John, has been a passionate supporter of Hartlepool United all of his life, attending his first game in the early 1970’s, John has served as a programme seller, ball boy and played for both the Reserves & Intermediates as well as numerous clubs in the Northern League and the Hartlepool Sunday League.

John’s father, Kenny helped establish the clubs successful intermediates side in the late 1970’s with the help of some great individuals & characters (Stan Lewis, Albert Kelleher, Eddie Barnett to name a few), all involved loved the club and were volunteers who helped develop young players from the North East, with a number of players going into the first team and some going on to successful careers at a higher level.

He is married to Julie, has a Daughter & Son (Beth & Luke) and a Granddaughter (Isla). John works as Procurement Manager with Worley, having over 40 years’ experience within the Oil & Gas industry and has worked in a number of countries (Australia, Canada, Qatar, Kazakhstan) with the opportunity to stay, however the draw of home has always been too strong and his love for the club has never diminished since walking through those gates on a Good Friday in 1971 (Aged 7) to see his team beat Stockport county 3-0. NSD. 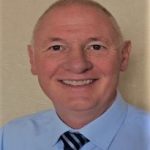 Mike is a keen supporter of HUFC and had the pleasure of playing for the club for 40 plus matches, making his debut at Gigg Lane against Bury. During his time at Hartlepool United he played under 5 different managers, Billy Horner, Mick Docherty, John Duncan, Billy Horner, John Bird, and never played again when Bobby Moncur took over, and left the club.

Mike is very honoured to be asked to join the HOOC 1908 committee and feels that he has a lot to offer the supporter group with his many skills which hopefully he can put to good use.

He spent 14 years at Peart Access Ramps as Commercial manager before being make redundant and has worked in various roles since, mainly in sales and more recently teaching construction at Middlesbrough College. Mike is now self-employed and is eager to start on the community projects for the HOOC 1908.

Mike has been married to Maxine for the last 37 years and has 2 sons, Jonathan and Matthew. In his spare time Mike is an avid golfer and plays at Seaton Carew Golf Club with a handicap of 6, he also enjoys road biking and has done many charity rides throughout the country. 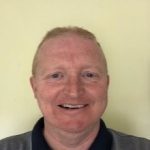 Mark is also a born and bred Hartlepudlian, an avid Pools fan and a season ticket holder. He enjoys all sports and in his younger days played a lot of local league football but nowadays its arm-chair viewing. Mark is also a member of Seaton Carew Golf Club and in the future, he would like to hone his skills to make inroads into lowering his golf handicap.

Mark’s professional career stretches 30+ years in financial services where he has undertaken a multitude of roles, with the last 15+ years specifically working with SMEs and Property Investors, providing them with business funding to help them achieve their goals and aspirations. He has also worked for both High Street and Challenger Banks, with current employer being Redwood Bank with responsibilities to all corners of Yorkshire, North East and Scotland.

He is married to Jane, a local primary school head mistress in Hartlepool and they have a daughter Bethan who is currently studying at University.

Marks role in being involved in the HOOC1908 Supporters Group is to bring some expertise in its financial running and governance. 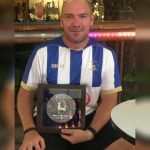 Neil is a lifelong Hartlepool United supporter starting his association with the club as a ball boy whilst part of the Fens Sports and Social Club and has always tried to do his bit for the club, including being an agent for the ‘Pools on the Move’ lottery.

Following home and away when possible, Neil has a season ticket in the Mill House Terrace where he stands with his Father 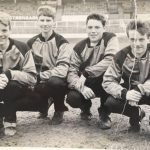 and other lifelong friends. A collector of Pools memorabilia, a couple of his prize possessions are Chris Westwood’s match worn shirt from the Cardiff Play Off Final and one of Joe Allons shirts from the 1991 promotion season.

Professionally, Neil has travelled the World working in Japan, China, Thailand and Russia for companies such as Nissan, General Motors and British Aerospace as a Business Improvement Engineer and is currently the IWS UK Deployment Manager for KP Snacks keeping the country going with McCoys Crisps, Hula Hoops, KP Nuts and Butterkist Popcorn.

“I’m delighted to be involved with the HOOC1908 initiative and want to do everything I can to help make ‘The Towns Club’ successful; to encourage fans past, present and future to be as proud of the club as I am” 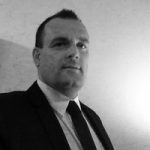 Paul is another lifelong Hartlepool United Supporter matched by many generations of the Shears family past & present. His support started back in the late 70’s as a kid and can still remember the then Chairman Vince Barker and his company car being a Tractor! and loved swapping ends at the Vic at half time cheering the lads on behind both goals. Matchdays he can now be found in the Town End with his lifelong mates that kick every ball.

Paul is a well-known lad amongst Pools fans young & old, he’s very approachable and with his ‘Die-Hard Badge’ firmly embedded in him over the last 40 years following the club…. with not an awful lot to report on! he still has a huge desire to help drag the club back where we belong in the Football League and survival beyond that. He is married to Jo-Ann and has three sons, Grant, Dylan & Henry.

With 26years experience in the Cable Industry, Paul works for one of the UK’s Leading Utility Companies as New Connections Lead for their UK Power Transmission & Distribution Sector, developing a portfolio of EHV Electricity Supplies & the Construction of new Primary Substations for all the UK’s Distribution Network Operators. He is a proven individual in this field who delivers on time and within Budget. 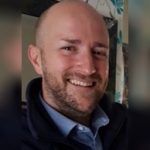 Paul (commonly known as Barney) is a regular supporter at both home and away games, he has followed pools as long as he can remember dating back to the late 80’s following in the footsteps of his Dad, Aunt, and Uncles from leaning up against the wall behind the goal in the Rink end to standing in the Town End to now seating in the CK stand in the hope to encourage the next generation of Barney’s to the Vic.

Barney has over 23years professional experience in the Education Sector. He currently works for the Cambian Group; one of the largest providers of specialist education and behavioural health services for children in the UK with services that have a specific focus on individuals who present high severity needs.

Liam has grown up supporting Pools, with one of his first games at the Vic being against Oxford in 2001, taken to the game by his dad ‘Spike’ another well-known Poolie.

Thereafter Liam has been all over the country following the club as well as supporting from the Mill House stand, where he has had a season ticket for the past 15 years.

A few years ago, along with other supporters, Liam was instrumental in establishing the successful North West Corner fan section. It was a slow work in progress at first, introducing flags, then attracting the fan base to the NWC, and the atmosphere generated since from this section began to change the whole atmosphere around the ground which in turn fed into the players. There are further plans in place to further improve this whole section.

“The flame still burns to make this club better and to get us back where we belong, so we can get to have something to shout about!”

Apart from football, were Liam also plays local Sunday football for Hartlepool Supporters Club there isn’t much time to do anything else in the background.

Liam currently works as a Process Operator which he has been doing for the past couple of years. 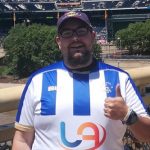 Chris has been club chaplain since 2016. He has been working behind the scenes to support anyone affiliated with the club (past and present) when needed. He has experienced first-hand the many ups and downs of recent times and is very excited what the future may bring to the club and its supporters.

He is normally found (pre Covid) at the training ground a few days a week, the football club, or walking around on match days chatting to staff and supporters.

Chris heads up the local Andy’s Man Club, a men’s mental health group that pre Covid was run out of the centenary lounge as part of the foundation. Chris is very passionate to see the club become more community focused and is looking forward to helping enhance the fan experience.

Chris has a long history of helping community groups set up different projects and has strong links with other community organisations in Hartlepool and beyond.

Chris is married with three children and is very proud of being half Welsh.